Are You Making These 4 Mistakes When Treating SIBO?

Are You Making These 4 Mistakes When Treating SIBO? 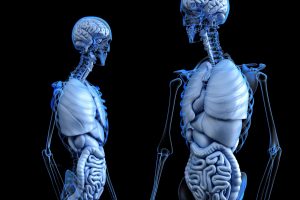 SIBO – which stands for small intestinal bacterial overgrowth is often a main contributor to IBS-like symptoms.  In a previous post, I talked all about what SIBO is.  Read more here.  To read about 3 ways  to tell if SIBO is something that is happening inside of you, click here

First and foremost, the mistake that I see a lot of people make is that they don’t treat the underlying infections.  They come to me and say “Hey Jodie I want to do a SIBO test. I really think that I have SIBO. I have all the symptoms of SIBO – the gas, the bloating, the stomach discomfort on the smelly farts.. I’m certain that I have SIBO, so let’s knock it out“.

The problem with doing that is that you can’t treat SIBO first.  SIBO actually is one of the last things that I will treat with people. And that’s because it’s often a secondary infection. And what that means is that SIBO is going to start to occur in your small intestine if there are other imbalances that are going on that create that environment for it to grow.

For example, if you have parasites, this is going to create a lot of dysbiosis in your gut and your gut is not going to be functioning very well.  You’re not going to be able to break down your food properly. You may not be producing enough digestive enzymes.  And so the body’s natural way of dealing with this is to allow this small intestinal bacterial overgrowth to happen because it’s going to be starting to ferment the foods for you because your body can’t. So in a way, SIBO is actually functional even though it’s creating all of these nasty symptoms.

This is why it is important to get rid of the causes of SIBO first.  If you have worms, if you have H pylori, which is an infection in the stomach, if  digestive enzyme production isn’t that great, if you’re eating foods that you’re intolerant to, all of these things are creating a pretty nasty environment in your stomach and in your small intestine.  This is going to lead to SIBO.

If you spend time and money on protocols for SIBO and you haven’t gotten rid of any of the above root causes, then the SIBO is going to come right back and you could end up really disillusioned with your body’s ability to fight it or with the herbs ability to work, when in fact, that’s not the problem. The problem is you haven’t gotten to the core issue of why SIBO is there. Although it tends to be the main contributing factor to a lot of IBS like symptoms, it is not the root cause of your stomach difficulties.   Treat these first before you treat SIBO

2) You Eat a Low FODMAPS Diet during SIBO treatment

The second mistake that a lot of people make when they’re treating SIBO is that they will eat what’s called a low FODMAPs diet, during SIBO treatment, which i’s basically a low fermentable carbohydrate diet.  High FODMAPs foods will actually feed SIBO bacteria and cause it to grow and so many people assume that eating a low FODMAPS diet during treatment is the way to go.   However, the exact opposite needs to happen for treatment to be effective.  Antibiotics in particular don’t work on hibernating bacteria.   If you’re not feeding the SIBO bacteria, then there going to go off into hiding,  and not be very active. And because they’re not active, they’re not coming out of their hiding places and protocols that you’re taking aren’t going to be effective.  You actually have to eat some sort of fermentable carbohydrates during your treatment regime in order to ensure that the bacteria is being fed and staying out in the open and then it can be killed by the herbal or traditional antibiotics. In a sense, the high FODMAPs foods are kind of like cheese in a mouse trap.

It’s only when you are done with treatment that you want to eat a low FODMAPs diet.   It’s actually recommended that you do a low FODMAPs diet in combination with a specific carbohydrate diet (SCD) for about three months after you successfully gotten rid of SIBO.

#3) You Didn’t Actually Test for SIBO

A lot of people come to me thinking they fit the classic diagnostic criteria of SIBO when in fact SIBO wasn’t the issue at all. This is why it’s really important to test, to be sure you are treating the correct issue.

The other reason why it’s important to test is you need to know what type of gas you have. The treatment for methane gas producing SIBO is actually very different for the treatment for hydrogen gas producing SIBO.   For example, when used prescription medications, if you are treating hydrogen-positive SIBO use use antibiotics like Rifaximin.  If you have methane-positive SIBO you can use Rifaximin but you also need to add in Flagyl or Neomycin.So it does make a difference.  The same thing applies to herbal treatments. Hydrogen positive SIBo is often treated with Candibactin AR and BR, while Allimax Pro is used for methane-positive SIBO.

Another reason to test is to be sure that you’ve cleared the SIBO before you go on to that low FODMAPs diet. So this is why it’s really also important to test because a lot of times it requires a couple of rounds of treatment, not just one round to clear SIBO. So if you’re just doing that one round of treatment, then that’s going to be pretty problematic if the SIBO s still there because you might assume it’s gone when in fact it’s not.  You need a second or maybe a third round of treatment before you kind of had into the maintenance support.

#4) You Didn’t Use A Prokinetic

This is missed by a lot of people.  In previous posts, I wrote a little bit about the migrating motor complex (MMC). The migrating motor complex is a very natural part of your intestinal mobility and essentially creates a cleaning wave.  The purpose of the MMC is to move any leftover debris from meals through into the large intestine.  This ensures that the intestine is kept clean and plays the role of preventing bacterial colonization.  In a healthy individual, it occurs about 11 times a day, but in an individual with SIBO, it can occur as few as 3 times per day. This can be an issue for people with diabetes or scleroderma. Food poisoning can actually trigger an autoimmune attack against nerve cells related to the migrating motor complex and causes issues in this regard as well. If your MMC is not working properly, then there is a greater chance that residual food particles are not getting swept out of the way. If you have those food particles hanging around then what you are actually doing is creating a great opportunity for small intestinal bacterial overgrowth.

This is why prokenetics post-SIBO eradication is essential.  Otherwise,  you might have done all of this work for treatment and if your MMC isn’t working properly you are just going to end up back where you started because there’s other issues contributing to it.  Prokinetics are going to be helping you to maintain that perastalic movement. If you’ve tested negative for SIBO or seen a 75-90% improvement in symptoms, then you should start a prokinetic immediately.  It needs to be started between 1 to 5  days after treatment and used for a minimum of three months up to 12 months or longer.  Examples of prokenetics include ginger, Iberogast, D-Limonene and Motil-Pro.

If you are interested in testing for SIBO, please go ahead a book a complementary consultation to learn Healing Journey can support you in this!