The Air We Breathe

The Air We Breathe

As I became more ill, my body’s ability to detox everyday toxins became significantly impacted.  I began to notice that smells started to give me headaches, and I would oftentimes be effected even by walking into a hardware store.   I also started to notice that one of my office spaces was impacting my energy levels, and I would often leave this particular office feeling tired and groggy. As a result, air quality moved high up on my radar.

It is estimated that we currently spend an average of 80 to 90% of our day indoors.   This means that the quality of our indoor air extremely important.  In fact, indoor air quality (IAQ) may in fact be much poorer than outdoor air quality. Research by the United States Environmental Protection Agency found that VOCs (volatile organic compounds) were 2 to 5 times higher indoors versus outside, regardless of whether the building was located in the city or the country. The fact that homes are generally constructed to let in minimal amounts of outdoor air does little in terms of improving air quality, especially when ventilation is an issue.  This allows indoor pollutants to build up in large quantities. There are various different factors that combine to impact indoor air quality which includes temperature, humidity, ventilation, as well as pollutants from particles, chemicals, gases and biological substances like pollen and mold. 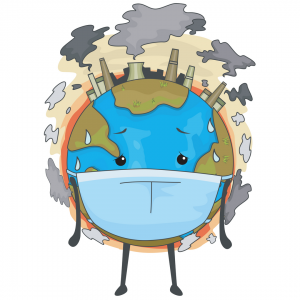 A phenomena called ‘sick building syndrome’ (SBS) exists, where individuals experience health-related concerns such as headache, dizziness, fatigue, dry skin and throat irritation that are connected to time spent in a particular building – often at a place of work.  SBS is causing increasing levels of absenteeism from the workplace.  It has been attributed to chemical exposure through both outdoor chemicals and indoor chemicals (including VOCs), biological contaminants including mold and bacteria, poor ventilation, EMF exposure from computers and TVs, stressful work conditions and lack of exposure to sunlight.

An emerging disorder known as Multiple Chemical Sensitivity is believed to be the result of ongoing exposure to toxic chemicals in the air including smoke, scented products and paint fumes.  This disorder is currently not recognized by traditional medicine or the WHO.  Symptoms include tiredness, headache, nausea, dizziness, heart arrhythmia, congestion, muscle pain and sore throat.

A main source of indoor air pollution is from gaseous sources including carbon dioxide, radon, sulphur dioxide and nitrogen dioxide, ozone and VOCs.  Depending on the mix, the pollutants can interact and react to create secondary pollutants such as free radicals, ketones and fine particulate matter.

Nitrogen dioxide can come from certain unvented appliances like gas stoves, as well as kerosene heaters and tobacco smoke.  It can cause acute/chronic bronchitis and is known to irritate the respiratory tract, eyes, nose and throat.

Radon is a gas that comes from the soil and rock beneath some homes. It may also be present in building materials.  This gas can be extremely toxic and according to the EPA, has caused over 21,000 deaths due to lung cancer each year.

Carbon monoxide can be found in most gas powered devices (space heaters, furnaces, water heaters) leaking chimneys and furnaces, as well as tobacco smoke. The health effects of carbon monoxide are well known and can include heart defects and heart challenges even at low concentrations.  (Read more here).

Particle Matter, otherwise known as particle pollution,  consists of small particles an liquid droplets including compounds such as organic carbon, nitrate, ammonium, elemental carbon and sulphate.  In addition, the surface of these particles can absorb other harmful gases, which can be problematic to human health.  Organic carbon (likely from outdoor sources including pollution) can be problematic because it helps to encourage the growth and spread of bacteria. The challenge with particle matter is that it can’t necessarily to be wiped away like dust, but is small enough to enter our lungs when inhaled.

Glycol Ethers are often labeled as 2-butoxyethanol (EGBE) and methoxydiglycol (DEGME) and can be found in paints, cleaning products and cosmetics. The European Union indicates that some glycol eithers impact fertility or child development in utero. They have also been linked to low sperm count, and asthma.

Mold is another air-borne biotoxin which can cause health problems.

Volatile Organic Compounds (VOCs)  are a type of gaseous air pollution that is quite common and deserves it’s own section. 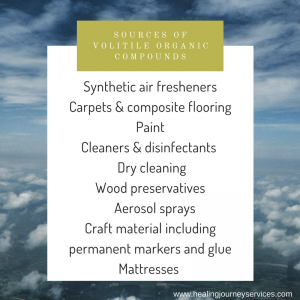 At room temperature, these materials can emit chemical pollutants.  VOCs have been found to be carcinogenic.  They are also believed to cause dry coughing, dizziness, nausea, fatigue, headaches as well as throat and nose discomfort. 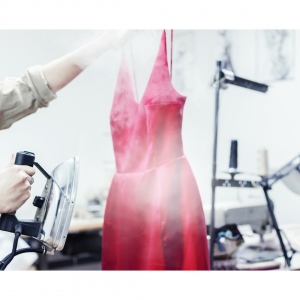 Formaldehyde is a gas at room temperature that has a strong order.  It has been used in wood products (including particleboard), clothing that is permanent press, craft and décor materials like glue, paints and paper products, as well as a preservatives in medicines and cosmetics.  It has been classified as a human carcinogen by the EPA. Airborne formaldehyde is thought to be an irritant to the respiratory tract, and can cause burning sensations in the eyes, and difficulty breathing. Read more here

p-Dichlorobenzene (PDCB) is another harmful VOC.  It is used in insecticides, air fresheners and pesticides including moth balls.  PCDB exposure has been linked with increased white blood cell count and decreased pulmonary function.  It has also been linked to reduced sperm production and liver cancer and kidney difficulties in animal studies.  It has been listed as a possible carcinogen in California.

Another VOC called polybrominated diphenyl ether (PBDE), which are used in flame retardants, has been found to cause problems in learning and memory in animals.  PBDEs have also been identified by the EWG as being an endocrine disrupter, and have the ability to imitate thyroid hormones.

Read more information about VOCs on the EPA site. 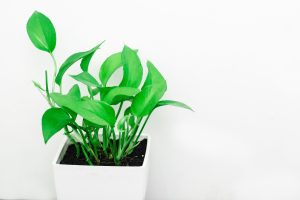 Houseplants that remove pollution include: bromeliad, dracaena, spider plant and jade plant, Caribbean tree cactus, golden pothos and peace lily. A good resource on The NASA Clean Air Study results on the effectiveness of various plants to remove different environmental toxins can be found here. Note: If mold is a health issue, houseplants should be used with caution.

Molekule uses nanotechnology, known as PECO which uses free radicals to oxidize pollutants.    The air filter destroys allergens, mold, bacteria, viruses, airborne chemicals. This is different than traditional air filters which trap problematic pollutants on the filters where they can multiply and be released back into the air. Molekule filters 1000x smaller than traditional HEPA air filters (0.1 nanometer versus 300 manometer).  It is designed to filter the air in a room that is 600 square feet large.

Germ Guardian:This product is cost effective and doesn’t need to be shipped across the border. It’s HEPA filter captures particles that are 0.3 nanometers in size.  It also has a UV-C light that kills airborne germs and bacteria.

Note: Some links are affiliate links.