Several weeks ago, I sat down with small scale Heritage Farmer, Heather Newman (find her here) to get her take on how to go about buying produce.

What I realized through this discussion is how disconnected this generation has become from our food. Historically speaking, the purchase of food at markets was a very social experience. You were afforded the opportunity to get to know the vender, to understand how the meat or produce was cared for, and to chat about local comings and going. You can still find this experience at farmers markets around the globe – its a place bustling with energy. Shopping for food at the grocery store has become no more than a sterile chore. The produce is lined up neatly cleaned, devoid of any connection from the earth from which it might have come (if it in fact came from the earth), there is no ability to determine actual farming practices, and the only communication opportunity is often with the cashier, unless of course you choose the self-check out option.
Our sterile relationship with food often extends beyond just the grocery store. Through the use of packaged and processed foods that aim for ‘quick and easy’ dinners, we have further disconnected from the joy of cooking our meals. In our fast paced society, it is easy to become a culprit of this mentality; throwing a packaged mix on the stove and walking away while it magically prepares itself, and then shoving the contents of the bowl in your mouth in front of the Netflix screen, or while on the way out the door. The joy of cultivating flavour through slow cooking, or preciously preparing the dish, and then sharing that TLC with friends and family around the dinner table is harder and harder to find. Essentially, we have lost our intimacy with food – from the beginning stages of planting and growing, all the way up to mindfully consuming.

The organic movement has been instrumental in driving people back to start asking real questions about where their food comes from and what exactly they are putting into their bodies. A significant part of the organic food movement is the implementation of farming practices that involve respect for the environment, the produce and the animals. But large scale organic practices are not without challenges. Often the crops are not sufficiently rotated through the soil to allow it to sufficiently replenish itself. This is important because soil is where the plant gets its nutrients from and it has a microbiome of it’s own. Without the application of proper farming practices, organic or not, the soil’s life giving potential begins to decline. In the USA right now, there is a big petition to have hyropronics deemed organic, despite the fact that they are not grown in soil at all but instead are rooted in sand, gravel or liquid, with nutrients added. 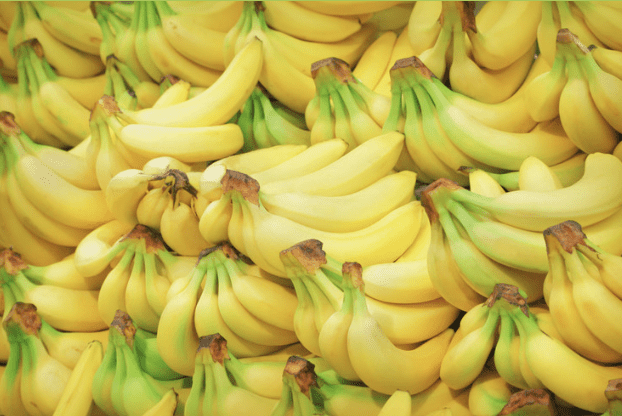 The other challenge with mass production is that it generally uses the same varieties of produce and animals. That is where the concept of heritage comes in, which prior to speaking with Heather, was completely unfamiliar to me. I mean, why should I care about whether I consume chickens or eggs that are from a ‘special’ heritage breed? For diversity, that’s why. Take chickens as an example. Did you know that there are many different breeds of chicken?  However, there are only a handful of breeds that are produced to lay eggs, and only one breed, the White Rock chicken, is typically used in most chicken farms because the timeline to maturity it much less.  In fact, farmers have continued to selectively breed White Rock chickens that have the shortest developmental lifespan.  As a result, the growth rate for chickens has more than tripled in the last 50 years.   For example, in 1957, the average weight of the White Rock chicken at 7 weeks was 2 lbs.  In 2009, the average weight of the White Rock chicken at 7 weeks was 6.8 lbs.  This increased growth rate is not without it’s health challenges – often the chicken’s heart and legs can’t develop at the same rate as the rest of the body, resulting in major health issues for the chicken.  The UN’s Food and Agricultural Organization found that 75% of plant genetic diversity has been lost. In addition, it is estimated that humans consume only about 150 to 200 of the close to 300,000 plants species that are known to be edible.

Lack of Diversity and the Spread of Illness

The other reason diversity is important is to prevent the spread of illness among the produce. Bananas are a prime example of potential consequences of limiting diversity within a particular breed. Initially the result of a genetic accident that allowed for the production of seedless fruit, the modern day banana has been selectively bred (not genetically modified) by humans over the past 10,000 years to have no seed. In order to reproduce, the offsets of the bananas are cut and planted in the ground. That means that we are eating the same ‘clone’ of the banana each time, because there is no ‘sexual’ production, so no opportunity for diversity. As a result of the selective breeding, one tasty brand of banana known as the Gros Michel, dominated the world market until the 1820’s. At that time a disease known as the Panama Disease essentially wiped it out, as even pesticide sprays were unsuccessful in preventing it’s spread. Today, the Gros Michel has been replaced by the not as tasty Cavendish. However, a remake of the Panama Disease known as Tropical Disease 4, threatens to wipe out this variety as well. Talk about putting all of your eggs in one basket!
Bananas are not the only produce that is being limited through the commercial production of food. For instance, there are six main types of pineapple, but we typically only eat the Smooth Cayenne. Garlic is another example. There are over 600 varieties of garlic, but the Artichoke variety is the type that tends to be sold in the grocery store. Why? They are the variety that has the biggest profit margins. And right now, finances are driving the food industry; the faster the production rate, the more profitable it will be.  Varieties are also chosen for their ability to be packaged and transported across thousands of miles.  For example, a juicy tomato doesn’t travel well and wouldn’t exactly look appetizing by the time it reaches the grocery store shelf.  Varieties that mature at similar rates, and have uniform size is another important selection factor, as they will be more suitable for mechanized harvesting and mechanized packaging.   As you can see, the flavour profile is not a selection factor here.   However, flavour is often linked to nutrient value.
As a result, diversity, specifically that offered in the grocery store, has gone way down.  By putting a large focus on only a few varieties of each type of produce or breed of animal, we are risking genetic erosion and the future of food. That means diversity of our diet has decreased significantly as well. And studies have shown that a diverse diet is important because it leads to an diverse microbiome; with microbiome diversity being an essential if not THE essential component of health.

Developing Intimacy With Your Food

Learning to navigate through the food system of the era can be very complicated. Heather’s advice – shop local, and get to know your farmers. It can be overwhelming if you have limited knowledge of farming practices to know where to start.  Begin by asking open ended questions about how they farm. Visit the market during a time when it is slower, so you have the chance to ask farmers questions. Begin to learn about the different types of farming practices. Learn about the different varieties of produce and animals that are available locally. And slowly, over time you will gather the knowledge base to make informed decisions about the food you want to consume. One caution – just because it is a stand at the market, doesn’t necessarily mean that the vendor knows the practices, or grew the produce themselves. Some venders will drive to the food distribution centre in a main city centre and then resell the produce locally. It’s important to source your food from farmers you trust.  Although organic is typically the best, farm fresh produce like a tomato that is raised in fertile soil, with organic-like practices, that offers a variation different than what is in the grocery store may have more nutritious benefits than your standard mass produced tomato offered by the grocery store. Many small farmers that provide TLC to their crop simply can’t afford the $3000 required for the application to certify organic.
Begin to foster your own intimacy with food. You can start at the very begining of the process. Grow your own food. Yes, even if you are in an apartment, this is still possible for you. (Unless, like me, you have had squirrels break into through the window of your apartment and eat your beans…. but that I can guarantee, is a rare occurrence). What can you grow? Try starting with sprouts & micro greens. Check out your local health food store for some organic seeds and growing instructions. And begin to create an appreciation of how things grow, and develop a respect for the food that fuels you. Notice how its feels to consume food that you gave your own TLC to. And if you have space, try your hand at gardening. It gets you outside in nature, which has proven health benefits. 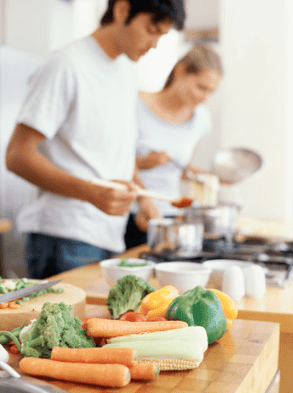 Start too cook your food with care and curiosity. One of the most memorable moments of a mindfulness course I participated in was when a woman shared the immense joy she found when she slowed down and a started being mindful of every moment of her cooking experience –  the colour of the vegetables, the feel of them against her skin, the taste of the spices on the tester spoon, the aromatic scent that filled her house. Challenge yourself by cooking mindfully, at least once a week.
And don’t forget to share your joyous creation with others. Make your meals a social place, and bring back the community aspect of eating to your kitchen table.