Exercising – how to get started & shoot for the stars

Exercising – how to get started & shoot for the stars

My journey to ‘athleticism’ & how you can do it too!

Flashback to several years ago:
I can still remember my brothers’ heckles when I told them I was going to run a 1/2 marathon in about 6 months. I had smiled inwardly to myself, knowing that their doubt would only serve to harden my own willpower. There was no question in my mind that in 6 months, I would be running 21 km across the streets of Burlington, Ontario.
I’ll be honest. It was a big task. And they did have some validity to their doubts. At that point, I hadn’t 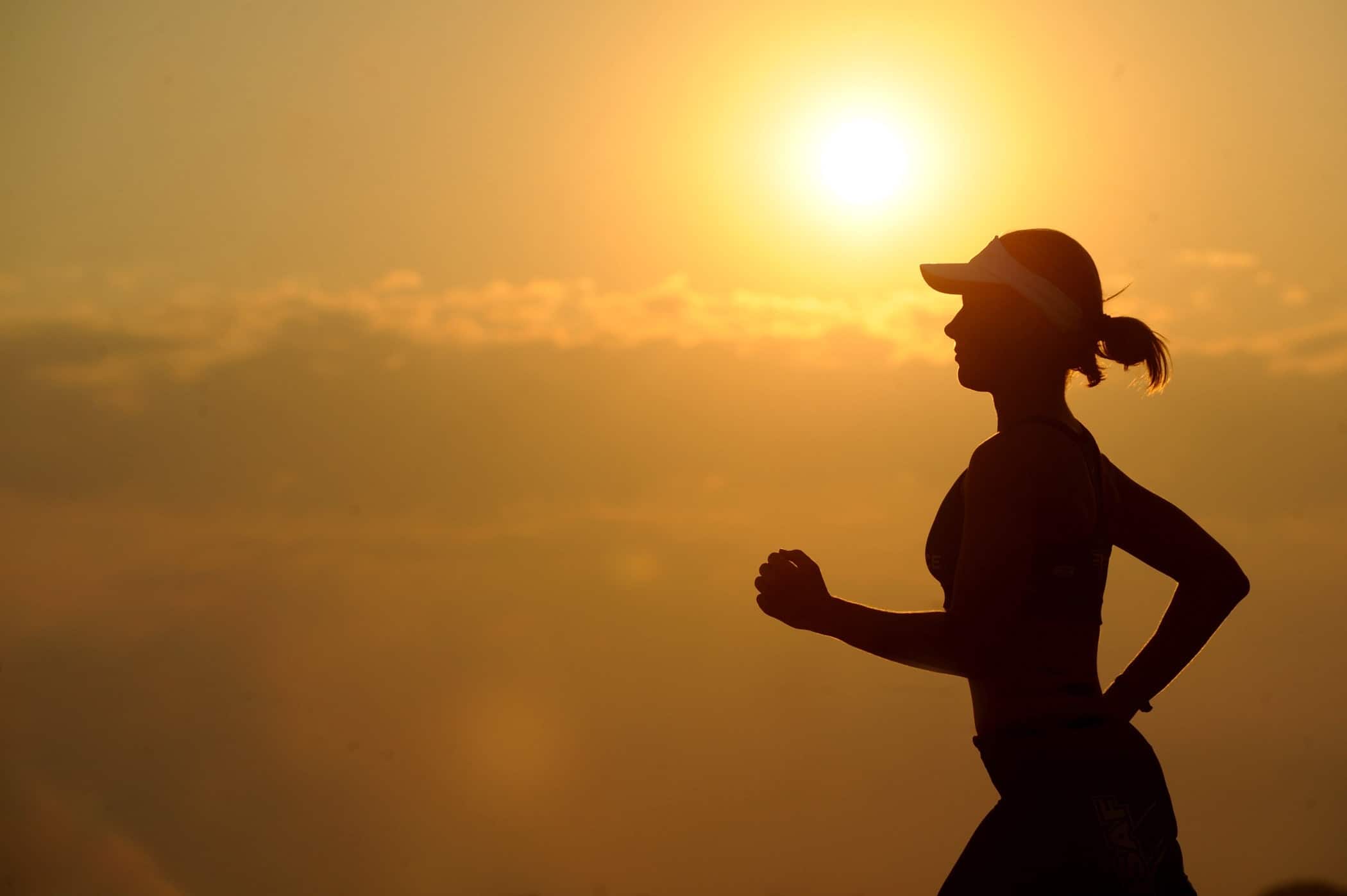 regularly worked out in years and hadn’t considered myself a runner. In fact, I never considered myself an athlete. I didn’t have the athletic build and instead was (and still am) thin, long and gangly. I couldn’t build muscle very easily, and really didn’t enjoy working out. I was terrible at group sports. I never made any team in high school, actually – I didn’t even try. At that time, I didn’t envisioned myself as the fit or healthy type, and had believed that lifestyle was for ‘other’ people. I had the misconception that because I couldn’t seem to put weight on no matter what I ate, that I didn’t treally need to work out. So I left the ‘health stuff’ to others that needed it. I did swim regularly in high school, but didn’t really see that as athletic. I also went to the gym on campus a handful of times, but only because it seemed like the ‘cool’ thing to do. I had memories of attempting to run with the girls in my residence in university during my first year – I felt sweaty and gross and nothing about the experience was at all rewarding. But here I was 5 years later, lacing up a pair of runners. I had my training plan. I had consulted with a friend at the Running Room, and I was determined to do this.

I’m not going to sugar coat this journey. The first few runs in particular were brutal. I was out of breath and the 10 minute jaunts felt like they took forever – each minute felt like 20. And my shins – wow, did my shins hurt. But with a new pair of shoes, and solid determination, I kept going. And slowly, I built my stamina up. When I got my running up to around the 50 minute mark on a regular basis, my friend (and running coach) jumped in to join me.
During our first long run together we were aiming to break the hour mark.  We kept the pace slow and chatted for the first part of the run about everything from boys, to my running style, to our dreams about the future.  Towards the end of the run, my stamina began to decline and we jogged along in silence. It was damp and cool outside. As I approached the last few blocks before my house, I settled in my mind that I had enough. I was exhausted. My whole body felt heavy. My muscles ached. And the energy within me that drove me forward was waning. I decided that I had run far enough and I started to walk. I don’t remember exactly what she yelled at me but she didn’t want me to walk.  She shouted at me until I picked up the pace and kept the jog steady until my doorstep. I was furious with her and was not at all pleased with having someone try to tell me when I could and could not stop running. 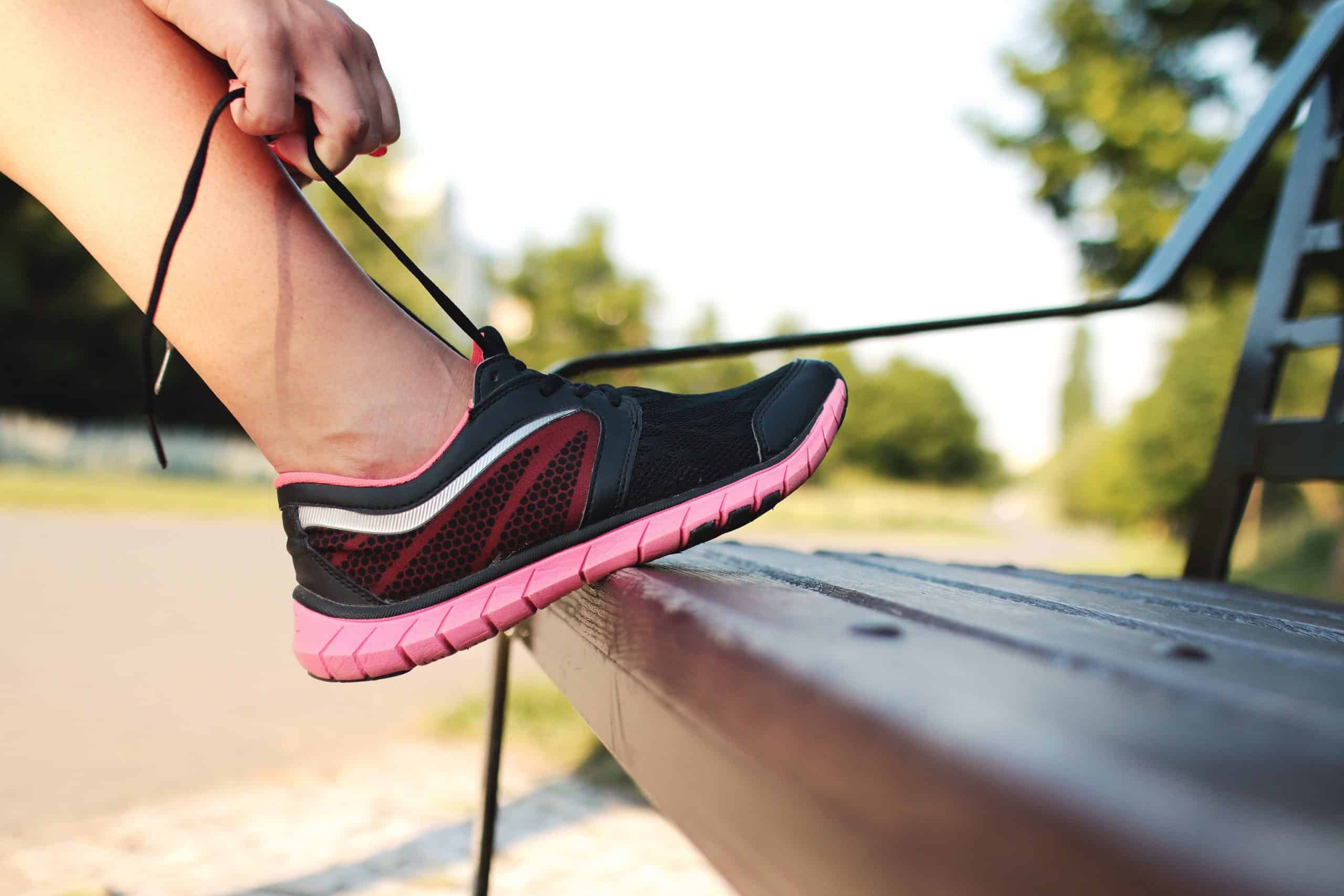 But she knew something that I didn’t – that running past the 60 minute mark was more of a mental game than anything else.  The heat from the shower and the nutrients from the restorative drink softened my anger and I let my accomplishment sink in. For the first time, I had run over the hour mark. Me – the girl who a few months ago, hadn’t stepped foot on the pavement in running shoes in years and could barely last 10 minutes in a light jog. Pride welled up inside me and I became quite grateful that she had ‘cheered’ (shall we call it that) me on. She explained that she didn’t want me to get into the habit of stopping, because running to the final destination without stopping was more about having mental stamina. She wanted me to know and to experience that I could do it; that I could finish a long run in its entirety. She knew that if I walked at the end, that option would always be there and that every time I reached the hour mark I would have this battle with myself that I could not do it, when in fact I could. She was training my mind, which I turn would be responsible for training my body.
A few months later, we crossed the finish line together in what would be my first ½ marathon. For years afterwards, I didn’t consider myself an athlete despite my accomplishment. I still saw myself as the unfit girl from university who didn’t work out. It took a long time for me to own the athletic side as a part of my identity, as unconventional as I might see it. I was skinny, and muscle-less and yet the a love for running had seeped deep into my soul. Over the next few years when I was angry or upset, I learned to chose running over other self-destructive options.  I actually came to crave the mental processing time that running afforded. I would come back from a run feeling refreshed and invigorated and satisfied that I had chosen a healthy coping strategy.

So what can you learn from my story?

I’m sharing this with you – the reader, to let you know that you can do this to. You don’t have to be a certain body type, or have a certain prior resume of amazing exercise experience to start working out. You don’t even have to know what you are doing. All you need is a goal, stamina and determination. And a belief in yourself.
You need to realize that is is often your mind that puts limitations on your abilities. For me, it was my mind that decided that I wasn’t an athlete and had projected these artificial boundaries on myself.
You also need to know that you can choose to redefine yourself, within reason, should you want to.  You can learn to unravel your perceived identity and slowly build it up as something else.   I realized that who I am can be re-defined by who I want to be. Of course the process is slow. Despite wanting to be able to run the 21km within a week or two of trying, it took months of a slow and steady build for both my body and mind to adjust its capabilities within the new paradigm that I was building and to get used to the extended freedom within the widening boundaries of my abilities. But it could happen, and did happen. I decided that I wanted to be athletic, and I became just that – in a way that my body could. It took a while for my mind to believe that I had actually done it – I was acting and embodying the actions of the ‘athlete’ before I truly believed that I was one.

Here are some general suggestions for getting started:
Happy exercising!